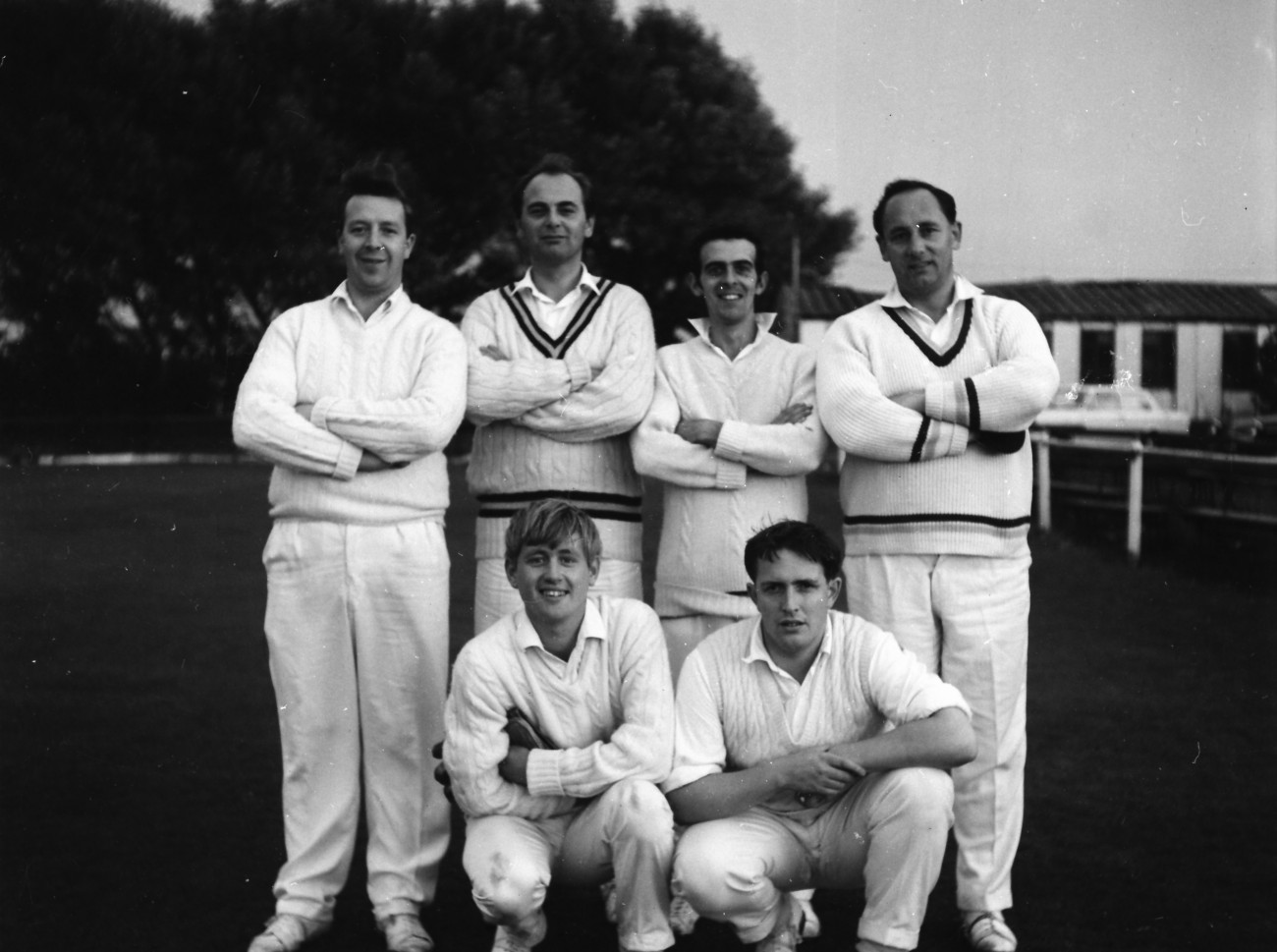 From the Burnley Civic Trust Archive

The winning Lowerhouse team.
Back row, left to right: J. Holland, G. T. Jones, P. Wade, H. Hughes
Front: B. Higgin and M. Blackhurst.
Lowerhouse won the six-a-side knockout cricket tournament at the West End ground on Sunday and their man left to do the necessary was Joe Holland. Three were required for victory off the last ball and Joe promptly hit it out of the ground to make doubly sure. They were playing Chorley in the final who have a formidable reputation for being a strong tournament side. Chorley won the Southport sixes tournament in July.
The scores at the West end were Chorley 53 for 4 and Lowerhouse 56 for 2.
This is the first tournament Lowerhouse have ever won. There were 13 teams who took part. Burnley’s team were rather unlucky. In an earlier round they had made the same number of runs as Chorley, with wickets to spare. But Chorley won through because they scored one more boundary than Burnley, 3 to 2.
P. Ratcliffe (East Lancashire) won a prize for the best six of the day and a similar prize for the best catch of the day went to Brian Higgin of Lowerhouse. Only cold weather prevented a bigger gate but nevertheless, about £30 was raised for club funds. 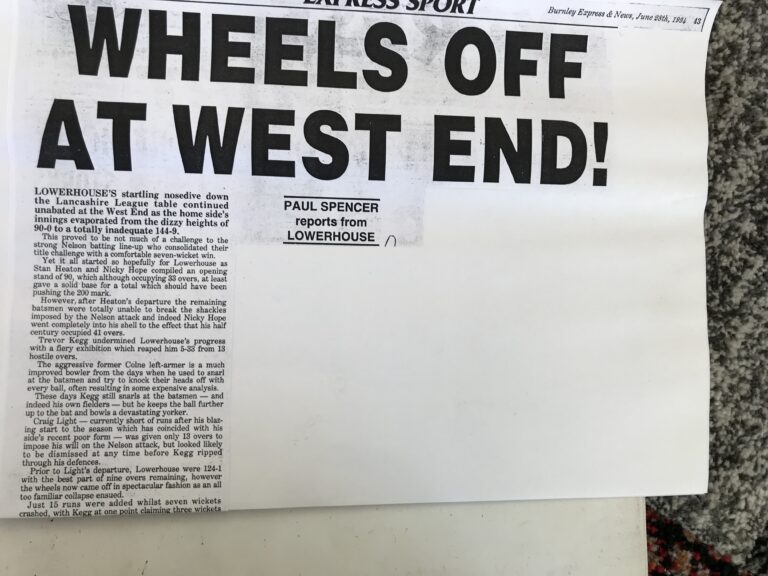 Todays piece from 1994, written by Paul Spencer is the game versus Nelson in 1994, where the wheels fell off after a great start for…

First. Second and Third teams all play Nelson this weekend.  Firsts play at Seedhill whilst the Seconds are at home on Saturday.  The Thirds play… 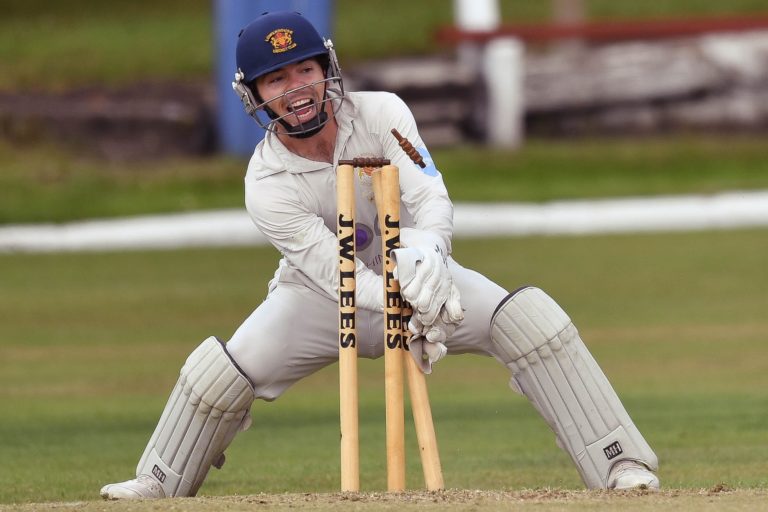 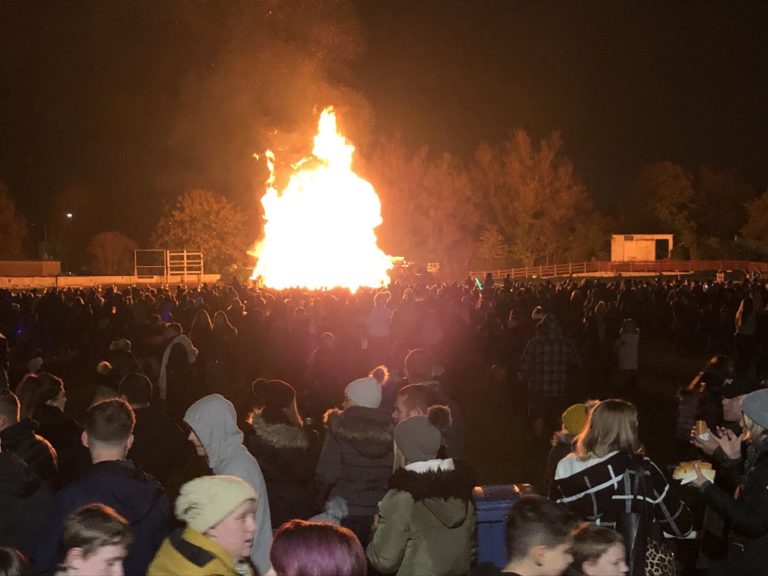 Thanks to everyone who made tonight the success it was. I’m sure you’ll agree, it was a great night and the fireworks were out of… 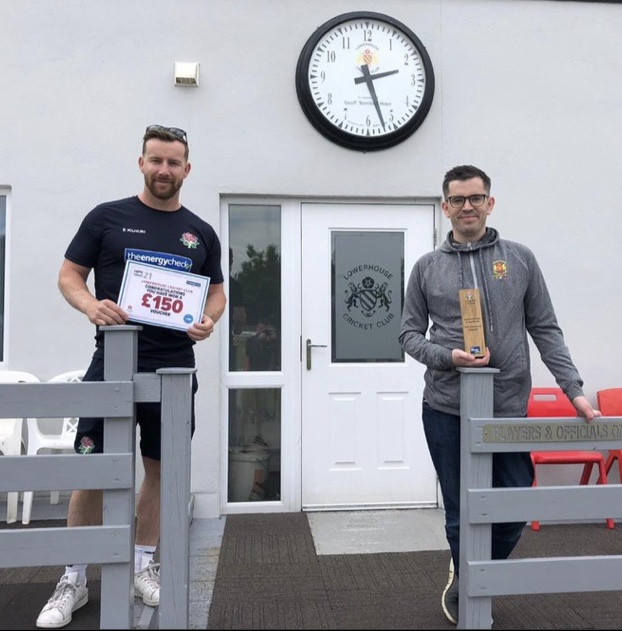