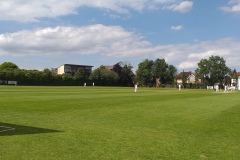 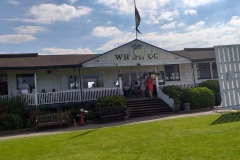 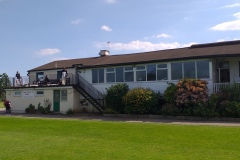 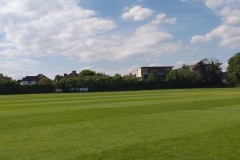 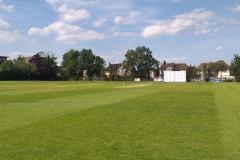 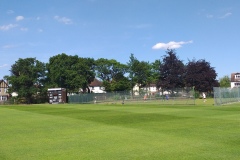 Firstly, Winchmore Hill CC is in North London, not Amersham which is in Buckinghamshire. I started going to watch Winchmore Hill in 2012, the year they won the Middlesex County Cricket League Championship because the scorer there is a friend of mine and she invited me to go and watch. Since then, I have adopted them as my London club and I go to most games. I must stress straight away that no club will ever replace Lowerhouse in my affections. It’s just that living in London I needed a team to follow.

It is a great club and the team spirit is terrific, win or lose. We are captained by a South African named De La Rey TerBlanche and he is well respected and liked. MCCL clubs are not allowed to have a professional but are allowed to recruit an overseas player. This year we have Scott Burkinshaw from New South Wales. He is an all-rounder, a fast bowler and a useful middle order batsman who knows how to hit sixes. We also have Jim Gatting playing for us. Jim is the son of a very well known England cricketer and is our best batsman. On his day he is unstoppable.

We have three grounds actually, the main oval and two smaller ovals behind the clubhouse. It is also a tennis club and there are grass courts. In Winter the club has a football team which plays on the main ground.

At the end of each game, home or away, the team, or most of them, return to the clubhouse where there is mayhem of the best sort. Each week the best performing player gets to wear a really garish jacket which would even have had Joseph with his coat of many colours blinking. Our scorer is the lovely Julia who has been doing the job for many years.

In MCCL cricket you can have draws but they are winning or losing draws depending on the run rate.

In my dreams I think of the Lowerhouse First XI having a weekend in London and playing Winchmore Hill for some sort of trophy.