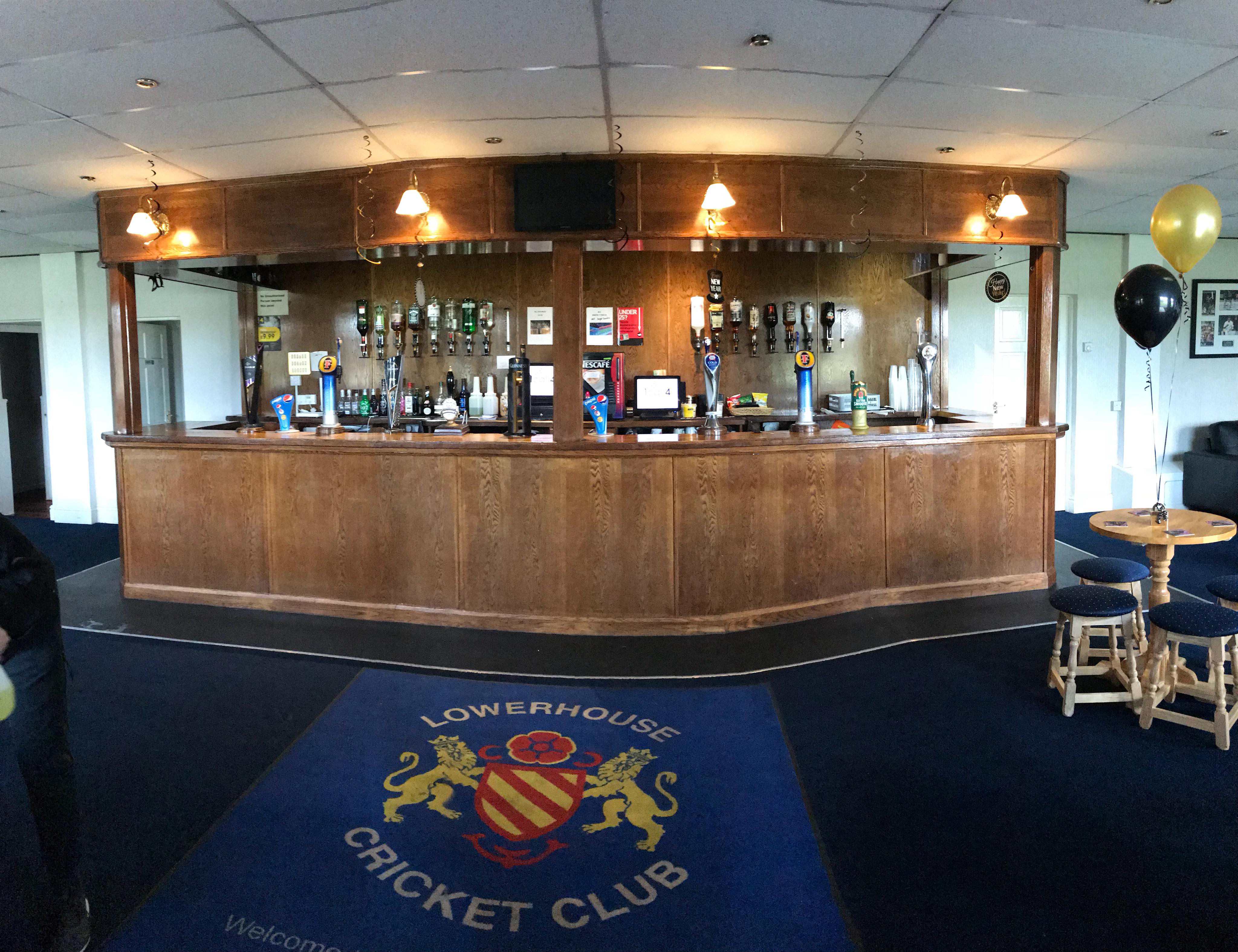 The Worsley Cup competition dates back to 1919. The only difference was that for many years the first 2 rounds were on a regional basis. Going into the 2004 season, Lowerhouse could only look back on one appearance in a Final. That had been in 1980. I remember going on the train to Blackburn centre and catching one of the buses laid on to go up to Alexandra Meadows. It was my first visit to that ground. Most present will recall Pankaj Tripathi’s great low down catch to get rid of East Lancs’s ultra-competitive pro’ Peter Swart. It was then that young Kevin Hayes played an innings beyond his years to put East Lancs in charge. It rained steadily at half-time and rather unsatisfactorily the game was concluded a week later. Lowerhouse lost but that fine amateur Jon Hartley, in his last season with the ‘House, got a consolation fifty.

So to 2004. Lowerhouse beat Burnley and Colne and then came the epic semi-final versus Enfield, featuring the most improbable of run chases. That victory raised Cup fever to fever pitch in the village and that was only intensified when news came through that the final would the first ever at Liverpool Rd. The opponents wouldn’t be East Lancs though, as they’d lost the other semi to Haslingden. The Lowerhouse Committee showed great energy and innovation in promoting the match. They treated it as a once in a lifetime situation(which so far it’s been) and a great chance to raise money for the Club.Indeed the match achieved record gate receipts.

So to August 8th and a good but not perfect weather forecast. Some people who know me as a ‘House fan/lifer asked me if I shed any tears that day as we won a trophy for the first time, I told them ‘no’, my only tears were when walking on the ground half an hour before the start of play and seeing how packed the ground was, and how the local people had got behind the team and occasion. I’m not sure it’s wrong for a grown man to cry but once in a day is surely enough, so I was out of tears when the winning runs were hit, and Lowerhouse had achieved what many fans and critics alike, thought would never happen.

I think most regular fans had some solemn moments even on such a happy day and remembered fans,players and Club officials who’d passed away before this special moment in time. Many would have thought of Ken Smalley or Jack Heyes. Personally I thought of Francis Corcoran, who had supported the Club since well before the Second World War, but was seriously ill in hospital. Francis pulled through and we were able to tell him our version of events, and Stan Heaton got him a DVD of the game to watch. I remembered also a little guy called Leo who cycled up from Padiham on his old bike. He was one of the best people you could ever meet but had died a couple of years before.

Haslingden had been using sub-pros’ since a future Lowerhouse star Andrew McDonald  had returned to Australia with injury. It seemed a fantastic coup when the visitors secured Asif Mujtaba as sub-pro’ for the big game. Lowerhouse knew his talent more than most as he scored 2 centuries for the Club and in one of those games took 9 wickets. He was an absolute legend at the Central Lancashire League Club Norden where he stayed for many years.

Lowerhouse won the toss and decided to bowl first, which is the opposite of their philosophy now 10 years later. As the Hassy innings developed there was good and bad news for Lowerhouse. Mike Ingham,the League’s most prolific run-scorer was out cheaply and ,in his last full season, Jez Hope got the prize scalp of Mujtaba. The bad news was the form of Barry Knowles, in a pinch hitter type role, and that very fine amateur, Steve ‘Dasher’ Dearden. Knowles may have been only the third best batsman in his own family but he was riding his luck to produce a potentially match winning knock.Just when he appeared to be Teflon-coated,teenager Ben Heap deflected a Dearden straight drive to affect a run-out for 88. Haslingden toyed with a complete collapse after the Dasher was gone for 76 but Lewis McIntosh hit a valuable 28 not out and the challenge would be for ‘House to make 232 for victory.

Lowerhouse’s young openers Jonathan Finch and Vishal Tripathi had been a bedrock in 2004 but it wasn’t their day and it was looking grim early at 18-2. When pro’ Fulton went for 26 at 70 Haslingden were hot favourites. As in the Enfield match Chris Bleazard and Charlie Cottam were left with plenty to do. There was an air of pessimism on the ground. Cottam had got a stylish fifty versus Enfield, but his League form was poor, and many considered the Enfield knock unrepeatable. People sensed that everything rested on Blez’s broad shoulders. The inbuilt pessimism of ‘House fans was way off the mark as the Enfield heroics weren’t repeated; they were exceeded.

The Lowerhouse pair seemed to feed off one another as all of the Haslingden bowlers suffered with the ball visiting all parts of the ground. There was plenty of head scratching amongst Haslingden players and supporters alike. This can’t be happening! Lowerhouse don’t do this to sides like us! With the ‘House in control there was a rain delay and the match resumed to finish in poor light. Some Hassy players acted a little peevishly suggesting the last few minutes should wait until Monday night but in front of such a crowd, that would have been a travesty, and the umpires wisely recognised it. Cottam perished just before the end for 82 and Ben Heap joined his Uncle for the denouement. Many in the crowd were like Olympic sprinters in their blocks ready to surge as Bleazard brought up the winning runs and his own century in one fell swoop. Blez couldn’t escape the fans attention as he was carried off. I remember Gary Moorhouses’s daughter banging her drum and making as much noise as her grandfather Brian used to do from the top of the Clubhouse steps. Then for the moment when Matt Hope received the Cup, eyeing it more greedily than any pint of lager.

It was such an historic moment and even amongst all the chaos and bedlam there was a sense that Matt wasn’t just receiving the trophy on behalf of this 2004 side but all those connected to the Club down the years. Some of whom had got close to winning a trophy but most who’d never come at all close. Right back down the years since a group of mill workers had set up a Club to challenge the town’s perceived premier Club based at Turf Moor.          A postmark to the great day was a week later when ‘House entertained Colne. I had hoped the great excitement might rub off and a posse of new fans created. Yet as I walked along the Liverpool Rd. end 5 minutes before the game began I was absolutely on my own. I had a surreal moment as I wondered if that Worsley Cup final win against Haslingden had just been a dream. 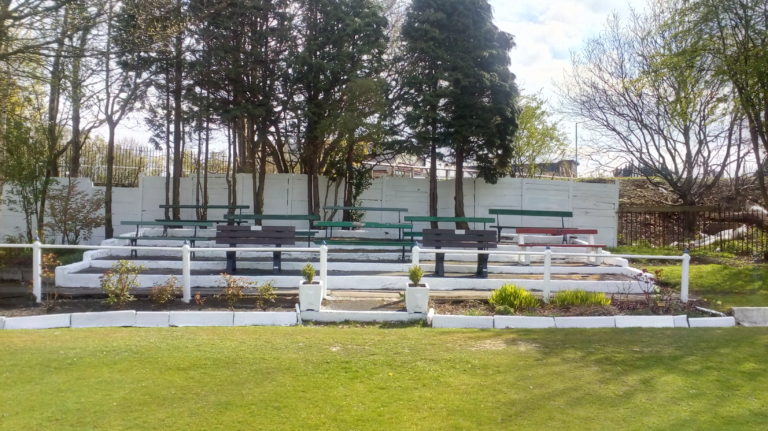 The club were pleased to unveil 2 new benches donated by the Waterworth family in memory of club stalwart Joe. Many thanks to the family… 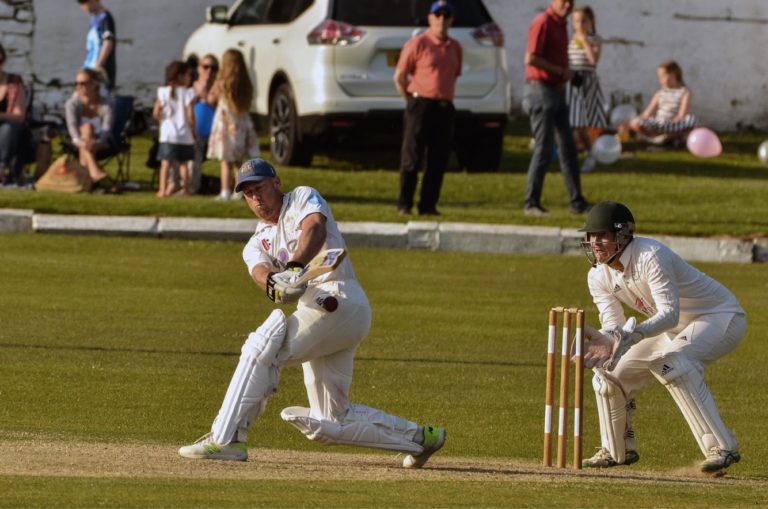 Friday night saw the First team victorious in their latest Twenty20 game beating Great Harwood. They batted first and got off to a good start… 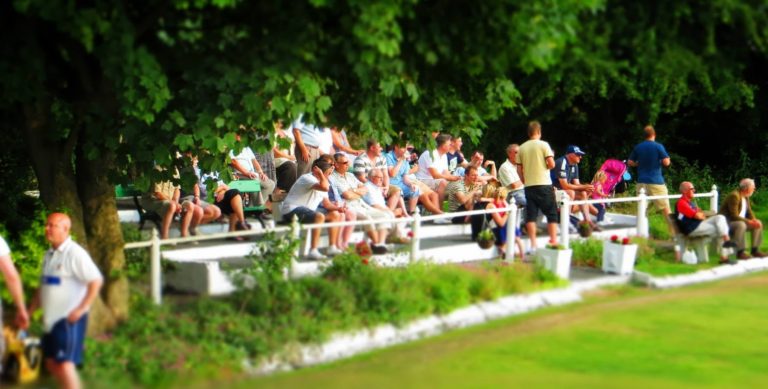 We are sorry to hear of the passing of former player Steve Young in Canada. Steve was a big unit and an opening bowler in…

Thanks to Matt Marquis for the first set of photos, we’ve got a double installment for you! Now available in the gallery is the second…